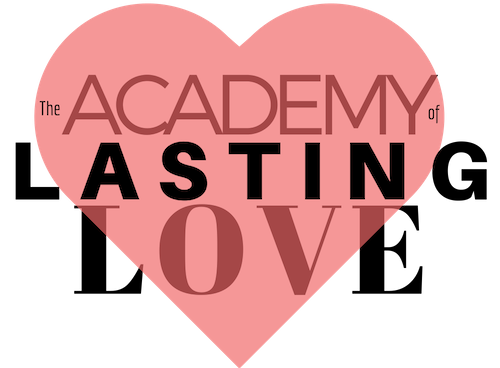 Sorry seems to be the hardest word. 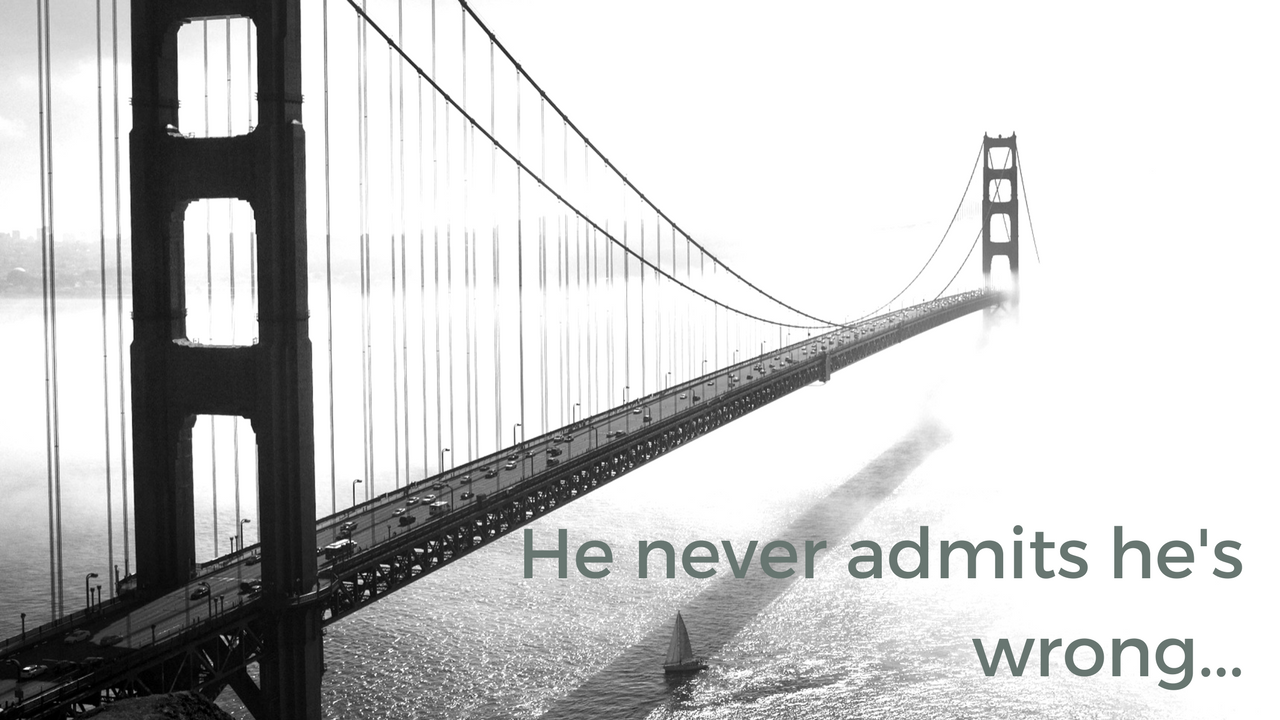 In the immortal words of Elton John, sorry really does seem to be the hardest word.

Please click here if you'd rather listen than watch.

The topic of todays’s Blog is without a doubt one of the most important things we can learn to do properly, if we are going to have good relationships. In fact I would go as far as to say it would be pretty impossible to have a well-balanced and meaningful relationship without knowing how to do it, and do it well.

I remember learning about why saying sorry was so important and how to do it properly and the power and freedom it brought me was enormous, and I want to share that with you today.

In my work with couples there’s often one of them who feels like they’re the one who’s always saying sorry, and that usually the only way to fix things between them is to apologise. In fact oftentimes the reason that they end up coming to see me, is because that person has stopped doing it, they just got so fed up with it, and instead it got replaced by either heated arguing or long periods of icy silence.

What they probably don’t realise is that in general their life outside the relationship is actually so much easier because they can say sorry, especially if they're doing it properly (and we’ll get into that later), but that doesn’t help the misery they’re feeling if the person they love can’t say it back.

So why it’s so difficult for so many of us to say sorry?  Well firstly most of us grew up in families where our fathers (and oftentimes our mothers too), were so power-centric that when things went wrong, someone had to be held responsible. That was the way their parents had done it and probably their parent’s parents too. Anyway the person who was deemed to be responsible was the loser and often they were either  punished or at the very least berated. Apologising in a situation like that would have been tantamount to admitting you were wrong and therefore it wasn’t not a good survival strategy. So there you have two very good reasons not to apologise, one is fear and the other is shame.

Another good reason, is something I’ve talked about in my last Blog, which is not being able to separate our intention from our behaviour. Many of us didn’t grow up in families who did that for us. We weren’t guided by parents who, when we inadvertently messed up, lovingly and patiently explained the effects of our mindless behaviour on them (or the people we affected), so we could have a good think about it, without feeling bad or ashamed and choose to act differently next time. Most of us were told off, and the implication was there was something wrong with us (that we were naughty, stupid or lazy) and not just something wrong with what we did, our behaviour in that moment. Our mistakes begin to define us. Told that enough times by our parents, teachers or friends it becomes imprinted on how we see ourselves as people. It makes sense that soon we find it too difficult and shameful to admit we’re wrong, or that we acted mindlessly, and just apologise without feeling that it means there’s something deeply wrong with us, especially to our spouse, whose validation is the most important thing to us.

I think another reason saying sorry is so difficult is that often the person telling us what we did wrong, often comes from a power-centric family too. Instead of saying something like “I know it wasn’t your intention to hurt me just then, but when you ignored what I said it made me feel small and unimportant”. Often times instead they point a finger at us, or their tone of voice implies there’s something wrong with us and we get into a defence mode, full of self-righteous indignation for having been accused of intentionally doing something hurtful. And of course what comes next isn’t pretty.

Boy it’s tricky isn’t it? In fact it’s relatively easy to imagine how wars get started, don’t you think?

When I realised that I could apologise to someone for inadvertently hurting them and it didn’t actually mean that I was a bad person, or that I intended to hurt them, it gave me such a huge sense of freedom, and a very powerful tool to help de-escalate the poor person I’d unwittingly upset. We were able to mend the rift and just move on, our relationship all the stronger because of it. I could just choose to recognise that it was just me behaving mindlessly, and that I was open to hearing about what effect my behaviour had on them, so I could choose not to do it again - sorry and thank you. Suddenly I was able to interact with people in a much healthier way and stop burning bridges, like I’d done so often when I was younger.

So here are some things to keep in mind to make it a really effective apology;

1)  If they’re pointing a finger at you, or obviously angry, try and be empathetic and realise they too came from a power-centric family. It’s very difficult not to react, give yourself a huge pat on the back if you manage it, and make it your goal for next time if you didn’t!

2)   Don’t just say sorry in a knee-jerk fashion, just to keep the other person quiet or off your back, they’ll sense its not genuine and will probably keep bringing it up for the next 20 years - that is if they’ve stuck around that long. Until you’ve taken the time to really listen to them and understand what you’re apologising about saying “sorry” is in essence really just lip service and they feel that too.

3)   Listen to them and just empathise while they vent, without taking it personally (yes difficult, but a very worthwhile goal). If you explore the why they’re upset, with an open curiosity, they’ll soon get calmer, because they’ll feel listened to and acknowledged and they won’t need to fight or shout to be heard - this is very empowering for you, just give it a try sometime. You don’t need to agree with them, you just need to accept they feel that way. Even if you totally believe they’ve got the facts wrong, facts are relative, don’t get stuck in whose reality is the right reality or you’ll get horribly sidetracked. In the early days when I first taught my husband to do this I called it “listening me out of my tree”, he found it a very empowering tool.

4)   Really try and stay with them and explore; it’ll all be about the effect that your mindless behaviour has had on them. Notice I keep using the word mindless, not thoughtless which is pejorative. Mind-less just means you weren’t thinking about what effect your behaviour may have had, your mind was elsewhere, it doesn’t mean you’re stupid, selfish, thoughtless etc., and you don’t need to give yourself a hard time about it or indeed accept the judgement they may place on you for what you did, in their initial hurt and angry reactive place.

5)   Empathically listen to and explore their reality, which may well be very different to yours. Don’t get stuck in ‘whose reality is the right reality’, if you feel you’re being unfairly judged, put it on a mental post it note in the back of your mind and talk about it later. Once you’ve fully explored with them and they feel heard and understood, you should then be ready to open-heartedly say something like “ I see how my mindless behaviour has affected you and made you feel so _____ (hurt, humiliated, angry, sad, scared etc.), it was not my intention at all and I’m very sorry to have caused you to feel that way. I will certainly keep that in mind in future.

6)   Don’t say “I’m sorry, but”, the but always takes away anything good. It’s the same if you give a compliment, adding a but to it just destroys it, worse it turns it into a criticism instead. Often we say “I’m sorry but” because we feel we’ve been unfairly accused, in fact often we have been as most people like to place an intention on our behaviour. If you did that it means you don’t love me, or you did that on purpose. To just say sorry feels like we’re admitting we’re wrong. Instead, make a mental note to talk about the way they’ve misperceived your intention later and just stick with their upset at this time. They are in no fit state to help right now, so do yourself a huge favour and take it to them at a time when they’ll be more likely to be able to help you, like after you’ve helped them by listening, acknowledging and apologising to them first.

7)   Send yourself some love too - to your injured child within, the one who got blamed whenever he/she did something mindlessly and were treated as if they did it intentionally and that they’re somehow ‘bad or a failure’. Being gentle with ourselves and accepting we’re human, and that sometimes we mess up, makes the whole process easier. It also allows us to be more gentle with the people we love too, or the ones we have inadvertently upset. As long as we’re learning from our mistakes and not making the same ones over and over, it’s OK to make them.

8)   If they don’t accept your apology you could try #4 above again and really make sure you’re staying with them and not getting stuck in your stuff. If they still won’t accept it let them know how much effort you’re putting into trying to apologise because you really care about them and the relationship, and ask them to please acknowledge that. You can also ask them if they feel you really understand what it is they’re so upset about. If they feel you understand them but they still won’t accept your apology, you can even tell them that you’re giving up the hope of being able to help them fix this, and you don’t want to keep trying to apologise and get rejected.

Free download of my ‘7 Steps to Sorry’ Apology Cheatsheet which outlines the exact steps you need to take and the correct order in which to take them, for an effective and healing apology. Missing out steps or getting them in the wrong order is often how our apologies never seem to land as effectively as we want them to.

You can print it out and have it to hand for any time you find you need to fix things when you’ve inadvertently upset someone.

Your spouse and kids (if you have them) will love you for it!

Well their you have it. If you or someone you know has trouble saying sorry I hope this has been both illuminating and empowering for you.

If you have some comments or questions or you’ve given it a try I’d love to hear about it.

As always keep it real.

With light and love,